Ecolighting UK has recently been specified for LED lighting at the 164,000 sqft Minworth Central warehouse in Minworth near Birmingham for client Rico Logistics. Which will provide up to 80% energy saving resulting in an annual saving of more than £19,600.

Rico Logistics provides the ultimate in smart and cost-effective logistics solutions throughout the UK, Ireland and Europe and offers a totally integrated logistics solution. Rico has been delivering a multi-faceted suite of solutions from same day courier services to Break/Fix technical repair and replace solutions and warehousing and distribution management to businesses for more than 25 years.

As part of its continued growth, Rico moved from its previous 26,000 sqft premises to the larger Minworth Central distribution building, and Ecolighting was chosen for its reduced costs against competitor prices and the efficacy of its fittings to replace the lighting in place.

Keith Whitehead, Head of Strategic Development at Rico Group, commented, “I would happily recommend Ecolighting to anyone looking to update their lighting. They reduced the amount of luminaires needed by 50% over other quotes specified and were 20% cheaper than their competitors.”

He continued, “The lighting has PIR sensors and further intelligence to check if the lighting level is sufficient and therefore won’t activate the lamps even though the PIR is triggered. The lamps automatically adjust every 10,000 hours (depending on use) and increase output to adapt to the degradation in the lamp over its lifetime. An additional benefit is that the system comes with a 10-year warranty, which is double that of all other suppliers.”

“We look forward to seeing how the lighting looks when all the racking is in place so we can really judge its effectiveness. We also have a guarantee from Ecolighting that if the necessary lux levels aren’t met once the warehouse is filled they will make adjustments free of charge, which is another benefit.”

Ecolighting’s Pegasus uses an Osram driver and top quality Osram LEDs giving 166 lumens per watt and up to 80% energy saving in installations. At Rico, this will also result in an annual saving of more than £19,600 in replacement lamps, climate change levy reductions, maintenance and carbon credits. 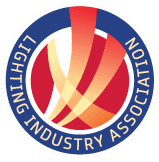 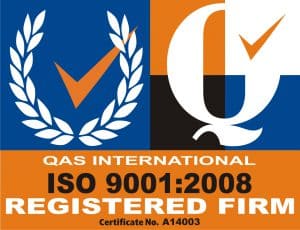